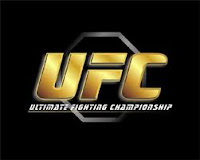 By Kelsey Mowatt    UFC welterweight contender Dan Hardy has criticized fighters in the past, who he believes, win fights through their controlling wrestling rather than trying to finish their opponent. Heading into his UFC 111 bout with Georges St. Pierre in March, Hardy criticized the champion for doing as much in recent title defences, before completely failing to negate St.Pierre’s dominant grappling game en route to a Unanimous Decision loss.
Well, after seeing fellow British fighter Paul Daley fall to Josh Koscheck in a similar fashion at UFC 113, and then more recently at UFC 118, Rough House teammate Andre Winner drop a decision loss to wrestler Nik Lentz (in what was a particularly uneventful bout) Hardy is calling for serious reforms to take place in mixed-martial-arts.

Speaking via his column in This is Nottingham, the noted slugger argued that “Rather than saying ‘oh, these guys can’t wrestle’, I think the problem is there’s beginning to be too much wrestling in UFC Octagon…”, before calling on officials to enforce regulations that encourage competitors to finish fights.

“This isn’t ‘cheating within the rules’ – it is actually against the rules. ‘Timidity’ is outlawed in the Unified MMA rules and what better describes the act of holding on to an opponent and waiting for the clock to tick down with no attempt or inclination to do any damage?”
Hardy went on to say that he’s not calling for strictly striking affairs or less action on the ground. Citing the UFC 110 bout between Joe Stevenson and George Sotiroupolous in February, Hardy argued that despite the fight took place largely on the mat, it was extremely entertaining because each fighter was “going for submissions, ground strikes, sweeps or trying to improve their positions constantly.”
Up next, at UFC 120 on October 16th, Hardy will face Carlos Condit; a fighter whose skill set and aggressive style should facilitate the kind of fight Hardy is hoping to see more of.
posted by Full Contact Fighter @ 1:35 pm
Have a comment about this story? Please share with us by filling out the fields below.