Hornbuckle Out, Okuno to Face Chonan at “Soul of Fight” 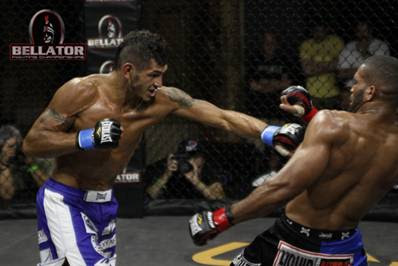 Just days removed from World Victory Road’s December 30th “Sengoku: Soul of Fight” card in Tokyo, Japan, the promotion has announced that Taisuke Okuno, and not Dan Hornbuckle, will face Ryo Chonan at the day long martial arts festival. According to a post on Chonan’s Twitter account, Hornbuckle was forced to withdraw from the bout due to influenza. (Pictured: Hornbuckle (left))

Chonan (18-11) is coming off a stoppage win over Jun Hee Mon at Deep 50 in October, after being knocked out by Jung Hwan Cha at Astra’s “Yoshida’s Farewell” card in April. The UFC vet is 3-2 in his last five fights.

The card will be broadcast throughout North America later in January on HDNet.