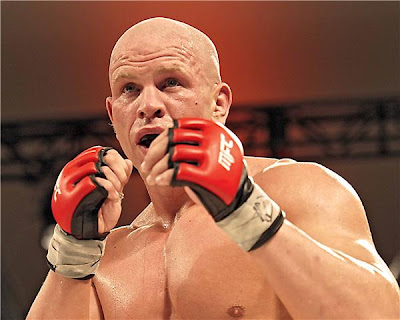 The Maximum Fighting Championship has confirmed that two of Canada’s top ranked light-heavyweights in Dwayne Lewis and Ryan Jimmo, will battle for the promotion’s vacant title at its twenty-eighth event in 2011. Details regarding the specific location and date for MFC 28 have not yet been determined. (Pictured: Jimmo)

“The fans want to see these two settle the issue of who is the best light heavyweight in the MFC, so this is it. It’s time to make it happen,” MFC Owner/President Mark Pavelich was quoted saying in a press release from the promotion.

“Both fighters deserve the opportunity. Ryan is on an incredible streak, and I made a promise to Dwayne that he would get his shot if he won his last two fights. Now it’s up to them to prove which one of them deserves to wear the championship belt.”

Jimmo (11-1) has won eleven straight fights since the accomplished karate competitor was defeated in his MMA debut. Jimmo competed just once in 2010, working his way to a unanimous decision win over UFC vet Wilson Gouveia in May. In 2009, Jimmo earned decision wins over Mychal Clark, Marvin Eastman and former MFC champ Emanuel Newton.

Lewis (13-6) is coming off a split decision win over former UFC competitor RazakAl-Hassan in November, after stopping another Octagon vet in Mike Nickels at MFC 26 in September. Lewis has been defeated just once in ten fights; in May the powerful striker lost by UD to the aforementioned Newton.