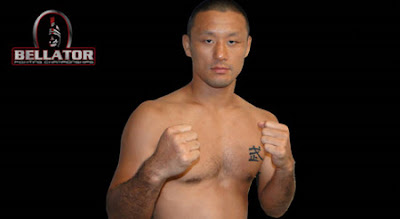 Bellator FC has announced this afternoon that UFC veteran Yoshiyuki Yoshida will fight on its upcoming September 30th event, to earn the right to compete in the promotion’s season 4, welterweight tourney. The Japanese fighter and judo black belt’s opponent for the bout was not announced.

“Yoshiyuki Yoshida is a multi-talented fighter with diverse abilities that could present problems for anyone in the welterweight division,” Bellator founder and CEO Bjorn Rebney was quoted saying in a press release from the organization. “At Bellator we’re dedicated to providing world-class, entertaining MMA and fighters like Yoshida at allow us to accomplish just that.”

Yoshida (11-5) is coming off back-to-back losses against Anthony Johnson and Mike Guymon, after submitting Brandon Wolff with a first round guillotine choke last May. Yoshida went 2-3 during his tenure with the UFC, losing by KO to Josh Koscheck, with his other win coming over Jon “War Machine” Koppenhaver. Yoshida arrived in the UFC in 2008 sporting a 9-2 record.

“For me, this is a new challenge,” said Yoshida. “There are many great fighters in Bellator so I am really looking forward to this opportunity,” said Yoshida. “I really like American fans and it’s my dream to keep fighting in the States. After the September fight, my focus will be solely on winning the Welterweight Tournament. Until then, I’m taking this one fight at a time.”