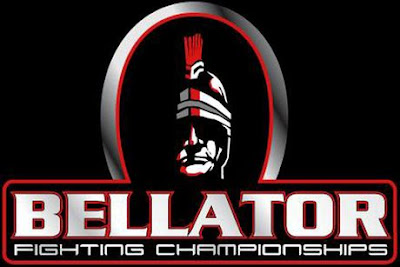 By FCF Staff    Bellator Fighting Championships continues to add renowned collegiate wrestlers to its roster, as today the promotion has announced that it has signed former NCAA Division 1 and four time All American Eric Larkin to a contract. The organization’s stable already includes renowned and accomplished wrestlers like Cole Konrad, Joe Warren, and Ben Askren.
Larkin, who attended Arizona State University during his collegiate wrestling career, has gone 2-0 since transitioning into MMA earlier this year. The 30 year-old-fighter trains out of Scottsdale, Arizona’s Lion’s Den facility, and is a training partner of the aforementioned Askren.
“Eric Larkin’s wrestling pedigree is as good as anyone competing in our sport today,” Bellator Chairman and CEO Bjorn Rebney was quoted saying in a press release from the promotion.  “Larkin possesses an overwhelming amount of athleticism which gives him huge potential to become a top fighter in the sport.  Ben Askren and Joe Warren, both tremendously talented wrestlers, have dominated at Bellator.  I’m excited to see if Eric can follow a similar path.”
According to the promotion’s news release, Larkin plans on making his Bellator debut at lightweight, before dropping down to compete in the organization’s next featherweight tourney. No information regarding Larkin’s promotional debut was given.
“Seeing friends of mine from ASU like Ryan Bader, CB Dollaway, and Aaron Simpson get to where they are now in MMA and working out with them all the time let me know that I should make the transition,” said Larkin. “They were always trying to talk me into it and finally I was like, ‘Alright, I’ll do it’.”
“I have the same outlook on my approach to the fight game that Ben [Askren] does: I’m going to take you down and ground and pound you until someone can stop it,” said Larkin.
posted by Full Contact Fighter @ 5:31 pm
Have a comment about this story? Please share with us by filling out the fields below.