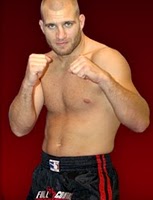 In addition, Score has announced that rising prospects like Adrian Wooley and Jordan Mein will also fight at the event. When FCF spoke with Mein recently, the Lethbridge fighter reported that he could face Dream welterweight champ Marius Zaromskis on the card.

Other fighters that have been confirmed for the event include Canadian’s Jorge Britto, Josh Hill, Will Romero, Tyler Hardcastle, Denis Puric and Alex Ricci.

The press release reported that opponents will be announced shortly, pending approval from the Ontario Athletics Commission.

The June 10th card will be hosted by Mississauga’s Hershey Centre, and it will eventually be broadcast on The Score Fighting Series, which airs in Canada Thursdays and Saturdays on the Score sports network.