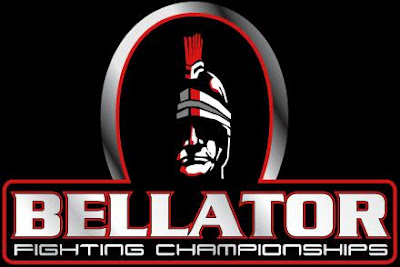 By FCF Staff  Bellator Fighting Championships has announced the line-up for the “local feature fights” portion of the promotion’s upcoming September 2nd event in San Antonio. Bellator 27, which will be hosted by that city’s Majestic Theatre, will feature a featherweight title fight between champion Joe Soto and recent tourney winner Joe Warren.
In the local main event for Bellator 27, Rodrigo Pinheiro (3-0) will face Andrew Craig (1-0), while five other bouts have been confirmed for the undercard, including: Gilbert Jimenez (2-1) vs.  Aaron Barringer (4-2),
Richard Odoms (1-0) vs. Dale Mitchell (0-2), Joe Christopher (10-3) vs. Andrew Chappelle (9-6), Jon Kirk (15-8) vs. Shane Faulkner (3-2), and Steven Peterson vs. Ernest De La Cruz (pro debuts).
Previously confirmed bouts for the card include action in the opening round of the promotion’s bantamweight tourney, as Nick “Garfield” Mamalis (10-4) will face  Zack “Fun Size” Makovsky (9-2), Bryan Goldsby (15-7) will take on Ed West (13-4), and Travis “The Hurricane” Reddinger (14-2) will square off with Uylsses Gomez (6-1).
The event will be broadcast live on Fox Sports Net.
posted by Full Contact Fighter @ 12:22 pm
Have a comment about this story? Please share with us by filling out the fields below.