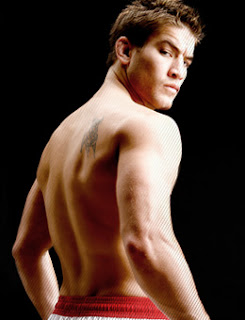 On this episode of Full Contact Fighter Radio, host Jeff Meszaros and co-host James Kellaris take a look back at “Strikeforce: Noons vs. Diaz II” where Nick Diaz managed to defeat striking wizard K.J. Noons by decision.  How did Diaz pull out the win?  Did it have anything to do with Noons’ long hair? Would the result have been the same if Noons had been bald?  Tune in a hear them discuss these important issues, as well as the results of the other Strikeforce matches; including “JZ” Cavalcante vs. Josh “The Punk” Thomson and Sarah Kaufman vs. Marloes Connen, where the Strikeforce women’s belt changed hands.  Then, hang on as we preview the upcoming card for “UFC 120: Bisping vs. Akiyama” where Michael “The Count” Bisping takes on Yoshihiro Akiyama in a bout that promises to entertain even if it fails to be relevant to the title picture.  Will “The Count” knock off the Korean judoka’s head?  Or will Akiyama somehow find a way to make his judo skills applicable to mixed martial arts?  Tune in and hear what they have to say, and the prognosis on the other bouts, including Dan “The Outlaw” Hardy vs. Carlos Condit and John Hathaway vs. Mike Pyle.

Then Sam Stout stops in to chat about his upcoming bout against “Relentless” Paul Taylor next weekend on the card for “UFC 121: Lesnar vs. Velasquez”.  What does “Hands of Stone” think of his opponent?  How about the rest of the card?  Tune in and if you can’t answer these questions, you aren’t listening closely enough, as Stout shares his thoughts on the heavyweight main event, the bout between Bisping and Akiyama and even the upcoming title fights featuring Gray Maynard vs. Frankie Edgar and Vitor Belfort vs. Anderson Silva.   Damn, that’s info-tainment.  We don’t really know what that means, but it’s true.

To check out the latest episode of FCF Radio head here.
(photo of Sam Stout courtesy Adrenaline Training Center)
posted by Full Contact Fighter @ 11:17 am
Have a comment about this story? Please share with us by filling out the fields below.