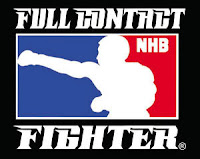 On this episode of Full Contact Fighter Radio, host Jeff “Wombat” Meszaros and co-host James Kellaris review the big events that wrapped up 2010. First, it’s time to talk about UFC 125: Resolution, where Frankie Edgar and Gray Maynard fought to a draw.  Was that a good decision?  Is anyone interested in seeing a rematch?  What’s going to happen with Anthony “Showtime” Pettis.  He was supposed to fight the winner!  Good grief, what a mess.  Then, it’s time to talk about the fight between Chris Leben and Brian Stann.  Wow.  Was that a fluke?  Or would Stann KO Leben ten times out of ten?  Maybe both those statements are lies.  Tune in and hear about all the fights on the card, including Clay Guida’s drubbing of Takanori Gomi.

Then hang around as we run down the card for K-1 Dynamite, where Kazushi Sakuraba didn’t die, Alistair Overeem KO’d his last-minute opponent and a host of other crazy stuff happened.  Like that’s not enough, we also interview Tim “The Thrashing Machine” Hague and talk about his upcoming fight against Matt Mitrione at the UFC: Fight for the Troops 2 event, going down in a few weeks.  That’s what I call edu-tainment!