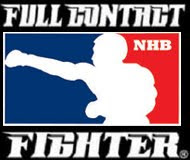 On this episode of Full Contact Fighter Radio, host Jeff “Wombat” Meszaros and co-host James Kellaris contemplate whether or not the last UFC was shocking or not surprising at all.  Really, did anyone expect James Toney to beat Randy Couture?   Did anyone expect Frankie Edgar to run through BJ Penn for a second time?   Tune in for our answers, then stick around as we banter about the rest of the fights, wandering off topic more often than a pair of drunks.  Can you handle it?  There’s only one way to find out.  Other questions to consider: Will Gray Maynard beat Frankie Edgar a second time to take the belt?  Does being a wrestling champion of Brazil mean anything at all?  Does Kenny Florian really lose in big matches because he chokes?  Or is he just having problems with men who can hold him down and punch him in the face?  Who wouldn’t?   It’s a fair question, and we don’t shy away from it.  Also, what is up with Nate Diaz?  Does he even know he is doing post-fight interviews?  Why does he continually talk about fighters who do not fight for the UFC in the Octagon?  Is it a a keen understanding of cross-marketing or is he so punch-drunk he doesn’t even really know where he is?  And what about that choke?  Did he nearly kill Marcus Davis by choking him that long?  Wow.  If this isn’t enough for you, hang around as Trevor Prangley stops in to talk about his upcoming bout versus Keith Jardine next week in Shark Fights 13.  Hear what he thinks of his fight and the rest of the card, which actually sounds like a good one.  Also, catch his thoughts on the Tim Kennedy vs. “Jacare” fight as well as the King Mo vs. Feijao title-swap.  Oh, snap, it’s another show worth commemorating in song for generations to come.
To listen to the show head here.
posted by Full Contact Fighter @ 12:16 pm
Have a comment about this story? Please share with us by filling out the fields below.