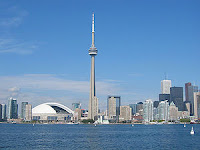 By Kelsey Mowatt  It’s been a long and often uphill battle, but according to a report today from the Toronto Star, the lobbying effort to bring MMA to the Province of Ontario has finally succeeded. According to today’s story, “the ministry of consumer services announced it is “taking steps to allow professional Mixed Martial Arts (MMA) events in the province.”
The report goes on to say that Ontario will adopt the standard rules and regulations currently utilized by other jurisdictions throughout North America. Ontario is Canada’s largest province and is home to Toronto, the country’s largest city. The Province expects to hold its first sanctioned event in 2011.
Former Canadian Football League Commissioner and current Director of Operations for UFC Canada, Tom Wright, was quoted saying in the story:
“Canada is a mecca for mixed martial arts and Ontario is obviously the largest province. It’s very significant for the sport,” he said.
The Province’s Premier, Dalton McGuinty, has been quoted stating in the past that the sanctioning of MMA in Ontario remained low on the Government’s priority list. The Star story includes comments from Minister of Consumer Services Sophia Aggelonitis, who in addition to stating that Ontarians “want to see this”, cited the substantial economic benefits that stem from the sport as another key reason for the Government’s reversal.
posted by Full Contact Fighter @ 12:00 pm
Have a comment about this story? Please share with us by filling out the fields below.