Ford (12-2) will make his return to the MFC after a 4 fight hiatus with Edmonton’s Fight Club promotion, where the Zugec Ultimate Martial Arts fighter went 4-0. Ford hasn’t fought since March when he tapped out UFC veteran Tommy Speer with a first round, rear-naked-choke, at TFC 10. 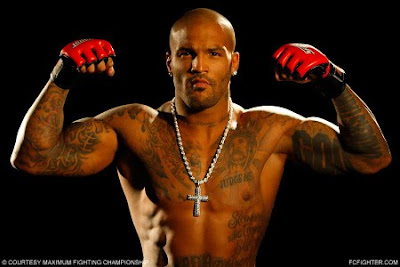 Lima (14-4) will head into the bout having won back-to-back bouts over Clint Hester and Cortez Coleman in November and March respectively. Lima, who is a BJJ brown belt and trains under Roan Carneiro at ATT’s Atlanta facility, is 3-2 in his last five fights.

“Ryan Ford and Douglas Lima have a great opportunity in the MFC to become internationally known hot commodities, and the same goes for guys like Luciano Azevedo, Tom Watson, and Ryan Jimmo,” MFC owner Mark Pavelich was quoted saying in a press release from the promotion. “”Even Antonio McKee, who has an incredible record and has not lost in seven years, can really step forward and make his name bigger than it has ever been before.”

MFC 26 will be hosted by the Westman Place at Brandon’s Keystone Centre in Brandon, Manitoba, and will be broadcast live on HDNet.