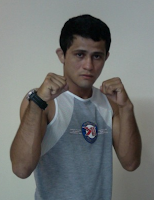 By FCF Staff   Tachi Palace Fights has added another world class competitor to its roster, as the California based promotion has announced that it has signed highly regarded flyweight Jussier da Silva, to a 4 fight “exclusive agreement”. The 7-0 Brazilian, who is widely considered to be one of the world’s top 125lb. fighters, will make his TPF debut on December 2nd. No opponent has yet been announced.

“We are extremely excited to have inked a deal with ‘Formiga’. This is something that I’ve really been working at since early this year,” Tachi Palace Fights Entertainment Coordinator Jeremy Luchau was quoted saying in a press release from the organization. “We have worked really hard at developing some of the top talent at 125 pounds nationally and now we are able to expand international with this signing.”

“I feel really well, it’s a dream come true to me. I hope to make my name known in the US,” da Silva was quoted saying through the translation of his manager Matheus Aquin. “It’s a great opportunity to me. We had already tried to reach an agreement before, but unfortunately I couldn’t get the visa, I hope this time everything goes well”

The flyweight last competed in June when da Silva worked his way to a Unanimous Decision win over Alexandre Pantoja at a Shooto Brazil event. Prior to that, at a Shooto Revolutionary Exchanges card last July, da Silva earned a UD victory over Shinichi Kojima.

“I’m a jiu jitsu guy, I trained jiu jitsu all my life, and recently I was CBJJE world champion at Black Belt, but I’m always trying to improve, and I’ve been training a lot of boxing, Muay Thai and wrestling. You can expect a much improved fighter in my US debut,” da Silva said.