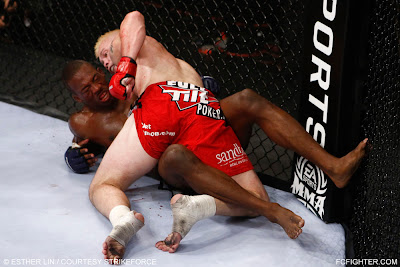 “It’s a dream come true. I came here on a mission and I accomplished my goal,” Tate was quoted saying in a press release from Strikeforce. “And now it’s on to step two and getting that championship belt and getting another shot at Sarah Kaufman.” 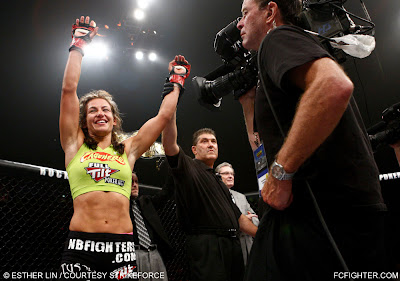 In the Challenger’s card main event, after having somewhat of a conservative approach in the opening two rounds, UFC veteran Joe Riggs turned it on in the final frame of his 182lb. catch-weight bout with Louis Taylor, to earn the TKO win. After dazing Taylor with a thumping left hook, Riggs took his opponent down and worked his way into the crucifix position, forcing the Chicago fighter to tap with a barrage of punches to his face.

“I felt great fighting and winning in front of Phoenix,” Riggs said. “I love my fans.”

In another of the bouts broadcast on Showtime, the 27 year-old son of legendary fighter Randy Couture, Ryan, made the most of his pro-debut, catching opponent Lucas Starks with a beautifully time triangle-choke.

“It’s kind of a load off to get the first win and I hope there won’t be a long wait for the next one and I can show some new things next time,” Couture told the media afterwards. “I thought once it hit the ground I would catch him but I didn’t expect it to be that quick. I just lucked out that way I guess.” 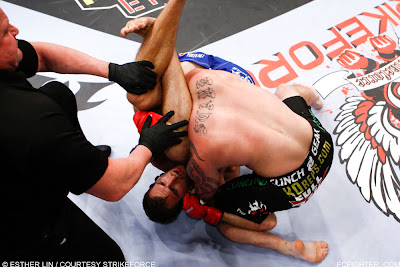