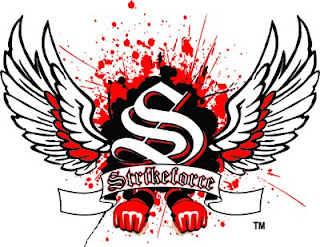 By FCF Staff   Strikeforce has posted the undercard on the promotion’s official site for this coming Saturday’s “King Mo” vs. Feijao” event in Houston, Texas. The August 21st event, which will feature light-heavyweight champion Muhammed “King Mo” Lawal vs. Rafeal “Feijao” Cavalcante in the main-event, will be broadcast on Showtime.
One of the more notable additions to the line-up is a bout between former Olympic wrestler Daniel Cormier (4-0) and veteran Jason Riley (9-3). Just this past Friday, Cormier submitted Tony Johnson Jr. in the first round, to lay claim to the King of the Cage heavyweight championship. Riley is coming off back-to-back victories after being stopped by Devin Cole in March.
Other bouts that have been confirmed for the event include:  Andre Galvao vs. Nate Moore, Vinicius Magalhaes vs. Rocky Long, Adam Schindler vs. Kier Gooch, Jose Santibanez vs. Reynaldo Trujillo, Chad Robichaux vs. Humberto Deleon, and Chad Cook vs. Arteneus Young.
“King Mo” vs. Feijao” will also feature a middleweight bout between Tim Kennedy and Ronaldo “Jacare” Souza to determine the promotion’s champion at 185lbs.
posted by Full Contact Fighter @ 2:16 pm
Have a comment about this story? Please share with us by filling out the fields below.