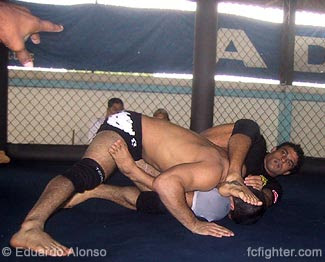 By FCF Staff    Despite the fact James Toney was promptly taken down and submitted by Randy Couture at the recent UFC 118 card in Boston, Vitor Belfort is still looking to get a shot at the outspoken and accomplished boxer. The middleweight veteran is apparently willing to answer Toney’s public challenge, however, that a mixed-martial-artist meet should now meet the pugilist in a boxing match.

Dana will be the 1 boxing match in Ufc I promise he will fell my power and we will show the world the a Ufc fighter can do better
2:22 PM Sep 4th via Twitter for iPhone .


Dana let me fight James Tony on 6 round boxe Mach I think I can catch him with my speed
2:19 PM Sep 4th via Twitter for iPhone

Last week Belfort (19-8) confirmed that he will make his return on November 13th against fellow middleweight contender Yushin Okami. The bout will mark the first time Belfort has fought since last September, when he stopped former middleweight champion Rich Franklin in the first round.

The renowned striker had been scheduled to face current champ Anderson Silva in April, but was forced to withdraw from the bout due to a shoulder injury, which required surgery.